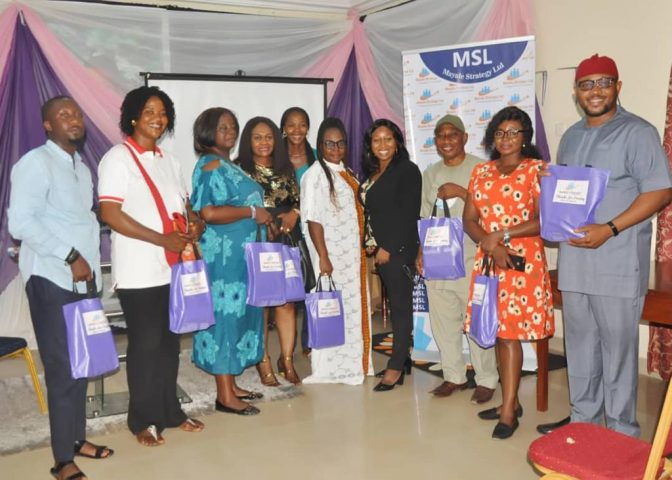 Amid reported increase in sexual violence against women in Nigeria, former National President of the Nigerian Association of Women Journalists – NAWOJ, Ms. Kande Daniel says “advocacy and communication by civil society groups must engage in shaming by naming” as a deliberate step to reduce gender-based violence in the country.
“Let’s call their names… may be they will be scared if we call their names,” Daniel – a popular television anchor told a forum of women in Abuja while presenting the keynote speech at the event convened by Mayale Strategy Limited – a value-driven organization focused on personal and professional development of women of all backgrounds.
She reminded fellow women that they must rise to the challenge and raise their voices to overcome steeped cultural obstacles and stereotypes that appear to fuel sexual harassment, violence, and abuse.
Daniel’s suggested tactic echoes the Metoo movement in the United States and other countries that led to the public disgrace or downfall of prominent men in business, politics, and the media who at some point were involved in sexual harassment and abuse of their female victims.
The MeToo movement, with variations of related local or international names, is a social movement against sexual abuse and sexual harassment where people publicize allegations of sex crimes committed by powerful and/or prominent men.
In an address of welcome, the Chief Operating Officer of Mayale Strategy Limited, Ms. Awele Nwaojei noted that notwithstanding the contributions of women in Africa, being female in many societies in the continent remains a pre-existing condition. “At homes, workplaces, and public places, women face different forms of gender-based discrimination, abuse, and disrespect,” Nwaojei, a former banker stated.
According to her, Nigeria must lead the way to change the status of women in Africa, hence the rationale for the quarterly event – Mayale Solutions Dialogue (MSD) which represents an unprecedented effort to help women in Nigeria to tell their stories and share experiences with audiences far beyond their boundaries. It is only by telling their stories, making their voices heard, advocating their causes, and expressing their opinions can women become full participants in society.
Nwaojei expressed the hope that her organization would continue to host the quarterly women dialogue series to bring together female leaders from the public and private sectors for a frank and forward-looking conversation at this moment of reckoning for society to hear women’s voices on critical and timely issues in their respective fields, reflect on their personal, professional experiences, and share ideas.
Chairperson of the event, Ms. Nora Idowu, the Proprietress of Soundminds International School, Abuja emphasized the need for proper upbringing of children as that could help to inculcate in them values that don’t support violence.
International speakers at the event included the President of New York-based Institute of Creative Thinking, Dr. Olga Zbarskaya and the Vice President, (International Programs) Center for Media and Peace Initiatives, New York, Mr. Edward Janniger.

He regretted that sexual harassment and violence denies women equal and free access to collegiate education while unwelcome conduct on the basis of sex that is so severe, pervasive, and “objectively offensive effectively denies a person equal access to the recipient’s education program or activity.”

One of the participants, Angelika Daniel said men had extra responsibility to stem the tide of violence towards women because men are role models in the family and should provide necessary guidance to their children.
The theme of the event: “What will it take to stop sexual harassment” featured robust exchange of ideas among female and male participants on wide ranging issues related to gender discrimination and equity.